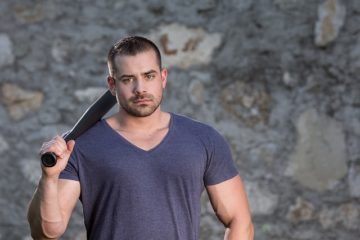 “F**k marketing. There are too many people in marketing.” — Steve Jobs

A while back I saw a slick promo video for a training organization (which will remain nameless), and it’s bothered me ever since because it makes the job of teaching people how to truly stay safe so much harder.

The video showed footage of a road rage incident where both drivers stop their cars and get out. One of the drivers immediately draws a gun and shoots the other. The message of the text and the narration were “you need to be prepared in case this happens to you”, along with an exhortation to take a particular shooting class.

A road rage incident is very often the perfect illustration of mutual combat; in this case, one of the combatants was just a little more ruthless than the other. That’s the thing about allowing yourself to get sucked into a fight — you never know what the other guy has planned for you, or what he’s capable of doing.

How do you avoid the fight? Well, in the case of a road rage incident you avoid it by not escalating; by not antagonizing someone who might be mentally unstable. When you get cut off in traffic, it’s not an insult to your manhood (or womanhood); you don’t need to lay on the horn or give the middle-finger salute. You don’t need to tailgate the offender to show him (or her) a lesson.

If you’re the one who unintentionally cut the other guy off, you don’t need to reciprocate those antagonistic behaviors. And neither of you need to pull over to have it out with the other.

An ounce of prevention is…well, you know

As John Farnam is famous for saying, don’t do stupid things (or go to stupid places or hang out with stupid people). Escalating a traffic incident is, regardless of the circumstances, a pretty stupid thing to do. Keeping yourself out of a dangerous situation, by not being there in the first place, is always a safer course of action than needing to extricate yourself after the situation has gone south.

If the people who produced the video had taken that approach I’d have nothing to complain about. Instead, though, they perpetuated the notion that fights are always unavoidable (not true) and that the only way you can possibly stay safe is to carry a gun (also not true).

Massad Ayoob has always defined the proper place for lethal force as being in response to the “immediate, otherwise unavoidable danger of death or grave bodily harm”. By unavoidable, we mean the situation that couldn’t be defused any other way; that was in no way your fault. It’s the situation that would occur almost regardless of what you did. If you get out of your car to give the other guy a piece of your mind, only to see him coming at you with a baseball bat, your use of lethal force probably wasn’t “unavoidable”.

The road rage fight is usually very avoidable, but it requires one of the parties to be in full control of his or her emotions. That party should be you.

I’m not naive; self defense (a response to danger) involves neat tools and cool moves. It’s fun to train and practice that stuff. It’s sexy, so it’s easy to sell and is consequently where most people are convinced to spend their preparedness resources.

The other stuff isn’t sexy, which is why you don’t usually see avoidance and prevention courses advertised. You have to seek out the information to develop those skills yourself. I think it’s a good investment of your time and energy to do so.

Do you have conflicting security priorities? You're not alone.