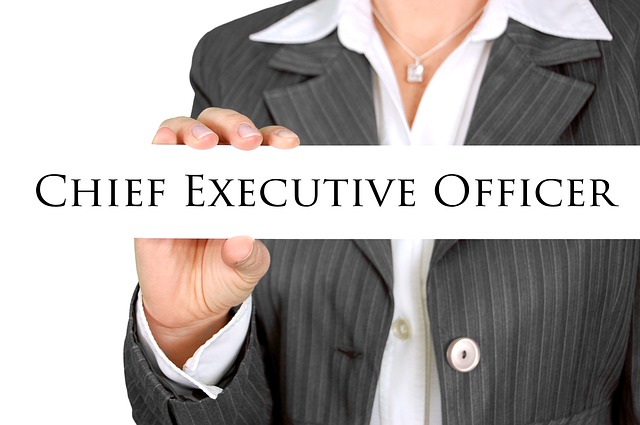 A couple of weeks ago I talked about how the “I won’t go anywhere I can’t carry a gun” attitude affects the lives of those who pretend to put it into practice.

The people who say things like that also have a tendency to insist that everyone can carry all the time, and fail to understand that some people really, truly can’t. It just isn’t as easy as “dressing around the gun”, because in some cases hard choices need to be made. Those are choices the rest of us probably haven’t experienced and really don’t understand.

Let me give you an example.

The defensive shooting world has a problem when it comes to talking about concealed carry in a professional or executive environment. This, I suspect, is because — historically — most people who teach these subjects come largely from law enforcement and military careers, and have never worked in such an  environment.*

I don’t mean that to be denigrating, but it’s difficult not to sound harsh when I point out that the professional environment, particularly at the higher levels, is a world unto itself. It’s not possible to understand it simply by donning an off-the-rack suit every so often to attend a wedding or funeral, any more than it’s possible to understand the life of a soldier by wearing BDUs to do weekend chores.

Unfortunately, it seems that’s exactly what happens when self defense advice is doled out to the professional person.

The case for potential harm

I’m not here to advocate for either always carrying or never carrying a firearm; I am here to give a balanced perspective on the topic, so let’s be honest with each other.

If you’re a professional, the chances of being involved in an incident where you need to use your concealed handgun are quite slim. (If we’re being really honest with ourselves, that’s largely true even if you’re not a professional. I think those of us “in the business” lose sight of that too often.)

Those odds are diminished further if you live a relatively polite existence, carefully choose where your house is located, and work in an area with low crime and good security. If you also avoid John Farnam’s famous “three stupids” (stupid people, stupid places, and stupid activities), manage your distractions in uncontrolled spaces, and pay attention to your gut feelings, your chances of ever using your personal firearm going to, while at, or coming from work are vanishingly small.

I also feel compelled to remind everyone that, contrary to the talking points from the NRA, the gun is not the “only” thing that stops a bad guy. It’s certainly a very efficient thing, and the thing which stops a bad guy with the least risk to its user, but there are alternatives which can and do work. Perhaps not as often, perhaps not as easily, and perhaps with a higher danger to the defender, but there are options.

I know some people are yelling at their computer screens right now, but the reality is that the potential for harm from not carrying a concealed firearm, particularly for those in higher-caliber jobs (pun intended) is quite low. The firearm is an appropriate response in a very small percentage of interpersonal incidents; we carry defensive firearms because the impact of those relatively rare incidents which allow a lethal force response is high, even if the incidence is low.

In the continuing spirit of honesty, we also carry them largely because we can — and, for most of us, because there are very few negative repercussions from having one on our person.

That’s not always the case for the professional.

In a professional environment you’ll typically find a small number of highly paid people working very closely over an extended period of time. The expectation for the style of dress is high (particularly for women), and hiding a defensive firearm in the kind of clothing common to the environment is difficult.

You’ve no doubt heard people claim some variation of “no one notices it when my gun prints; people don’t look for those things”. Don’t you believe it! People do notice things that are out of the ordinary, particularly with close co-workers in an upscale environment.

If you’re not convinced, just take a walk with your favorite fashionable female and ask her to spot the fake Vuitton or Fendi handbags. You might come away surprised how much people notice those “little things”.

It’s simply not possible to carry a full-size pistol in the professional world; even a small gun in the most carefully tailored clothing is hard to hide. When I was a part of that culture I had the benefit of a haberdasher who himself carried; it still wasn’t easy to hide a gun in a bespoke suit, and there was no way to carry anything like the guns I competed or trained with.

If the gun-carrying professional is not extremely cautious in either gun choice or concealment method, the odds are quite high that sooner or later he (or she) will be found out. That’s when the problems really start.

Almost all professional offices and buildings are gun-free zones. We can debate the wisdom of that some other time; it’s simply a fact the professional lives with. By both rule and culture, firearms simply aren’t commonly found there — other than on the hip of a police officer (a rare sight in such places) or perhaps with an armed security team (a little less rare, but still uncommon).

The professional who is found out because someone in the office noticed something a little out of the ordinary is in deep trouble. The faint outline in the pants pocket when someone sits down or the funny bulge in someone’s socks when they kneel down to pick up a dropped Mont Blanc might be the detail that tips off the eagle-eyed coworker.

When that happens the professional’s life will be turned upside-down. He or she is likely to be summarily fired; their professional reputation will most certainly be damaged, perhaps to the point that they can’t easily secure employment in their field. If executive positions are not common in the area they live, they may even be forced to make a cross-country move to start over.

The grapevine for professionals is different than for others. Employment matters, particularly discharges for cause, are kept confidential by HR departments. This is because employers can be sued for releasing potentially damaging information about employees.

When talking about executives and other professionals, though, hiring decisions aren’t made by or with the consultation of HR. Such positions are filled through networking and talking with other people in similar positions. Little details, like “John Smith was fired for bringing a gun to the office”, quickly spread.

As you can see, the consequences of being discovered are quite high.

I’ve run across too many people in the defensive shooting world who are arrogantly critical of those who, faced with this reality, choose not to arm themselves while at work.

“It’s not the odds, it’s the stakes!” they’ll scream. Actually, it’s both — but those odds and stakes also have to be balanced with the risks of discovery. They are competing priorities: safety or security?

On the one hand, the risk in this context from not carrying a defensive firearm is quite low. On the other hand, the consequences of being found out are quite high. Which do you choose, particularly when you know there are other protection options open to you?

The cost of being found out is high and known beforehand, and there is always some risk of that happening. The cost of not having a firearm on their person is unknown and unpredictable. Is it any wonder the people who live in that world shake their heads at those of us can easily carry with little downside, and who insist that they can too?

If you’re in such a position, seek out the self defense instructor who understands what you’re up against. If he or she insists that the gun is your only hope of survival, or that they just know you can carry a gun in a suit because they did it at their sister’s wedding last summer, find someone else.

If you’re a concealed carry advocate or instructor, think about the people you’re talking to. You may not understand their lives and the priorities they’re required to balance, and your reality may not be theirs. There’s more to self defense than shooting bad guys, and if that’s all you can offer perhaps you should refer them to someone else who can give them recommendations more in line with their needs.

It’s what a professional would do.

* — My general rule: If someone can’t tell you what a ‘C-suite is’, they probably shouldn’t be giving advice on concealed carry in a professional setting.

You can find perspective in some odd places