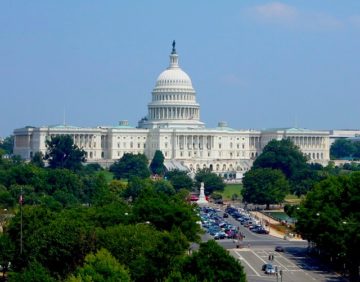 There is a lot of activity, at the federal, state and local levels, on various bills of interest to those of us concerned with personal liberties. Because of the unsettled political climate, we’re seeing more and more calls to “write your elected representatives”, but no one ever explains just how to do so effectively (if they even know themselves).

The problem with writing to a politician is that, if you don’t do it right, your message might be completely ignored. Worse, it might even embolden someone whose opinion is opposite of yours.

Back in 2013 I wrote an article very similar to this one. Things have changed a little bit since then, and I’ve learned a little more, so this is an update to both reach a new audience and make sure everyone else is up to speed on what I know today.

The realities of the process

The basic premise is this: If you really want your voice to be heard, you need to do it in a way that works within the system they’ve set up for that purpose. I’m not claiming that they’ll actually listen, mind you (my state legislators certainly don’t seem to), but your best chance is to do what’s necessary to actually be heard.

I take no political position in this article; whether you’re left or right, Democrat or Republican, you will no doubt at some point want to make your opinion known to your representatives. I hope to shed a little light on the process (as I understand it) and give you a few guidelines to help ensure your voice is actually heard.

Straight from the horse’s mouth (more or less)

Here’s what I’ve learned from talking with elected representatives (I even have one in the family, though I don’t usually admit it); people who work or have worked for them; people in the media; and from reading many articles by folks who are in the position to know.

• The first and most important thing to understand is that, unless he/she knows you personally, your elected representative will probably never actually see your letter. Those in Congress have aides or corespondents whose jobs are to read the mail, categorize each response as for or against, and file it in the appropriate place. The Congressperson checks in with the aides (who are assigned to specific issues, like gun control) on a regular basis, asking how many times they’ve heard from constituents on the specific issue at hand. They’ll be told how many letters they’ve received and what the for/against percentages are, but are unlikely to get anything more specific unless they ask. If the majority of the letters are on one side, that’s what they’ll be told.

State legislators usually have smaller offices and fewer aides, but they still rely on staff to summarize the letters they’re receiving. If you’re in a smaller district in less populous state you stand a better chance of your representative seeing your letter, but don’t bet on it.

• Remember the representative’s staff usually consists of people who are fresh out of college (or even still in college), idealistic, and not very well paid (or even paid at all.) Don’t be rude, and never insult them or their boss (thereby insulting their cause) — or your letter might just go missing. From what I’ve been told by some Congressional staffers, it’s a sure thing at their level.

Don’t say anything about your representative being a scum-sucking son of a whore, even if it is true. Be polite even if it kills you. You have a message you want him/her to hear, and insulting everyone is a great way to end up not being heard at all.

• Don’t use paper. Everyone is security conscious these days, and letters are seen as a risk. All snailmail to Congress goes to a central location where it’s irradiated, examined, opened, scanned into an electronic file, and the file is delivered to your Congressperson’s office. Their office never sees the paper unless they request it specifically. This process is said to take several days at best, and if there is a huge influx of correspondence it might take a week or more. For a time-sensitive issue a paper letter will almost certainly be too late. An email gets there faster and ends up in the same place anyhow, so there is no longer a reason to put pen to paper when writing Congress. Send an email.

At the state level, I’m told practices vary widely. Some states have a legislative mail center which does roughly the same thing. Other states, however, may still send the letters directly to the appropriate representative’s office. In those cases, staff opens the mail and tallies the issues for later delivery to the officeholder. For state legislators paper may still carry some weight, but very likely no more than an email.

• Don’t write a book. The staff has a ton of letters to go through, don’t have a lot of time, and are easily bored. Your letter should consist of a paragraph or two at the very most: tell them what you’re writing about, how you want them to vote, and why it’s important to you. That’s it; resist the urge to write more. Don’t tell stories, don’t recount your military service, don’t drop names of people you know who are on your side. In fact, you should ideally get your point across three well-crafted sentences. As the volume of mail goes up in their office, the greater the need for you to make your letter concise.

• This is a universal truth: If you’re not a constituent your letter will likely be ignored. Elected officials are very sensitive to this, and they look for evidence that you are in their district. If you plan to write to Dianne Feinstein and don’t live in California, don’t waste your time writing her office; it won’t do any of us any good even if you are polite. After all, why should she care what someone who can’t vote for her thinks?

How do you make sure they know you’re a constituent? Put your name and address in the letter! I get emails constantly where the only identifier of the sender is a cryptic email address like “toughguy37@aol.com”. To me it’s just annoying, but it causes Congressional aides to conclude one of two things: you’re either out of district or your email is from a spam bot. Either will cause your email to go right into the electronic trashcan. If you don’t want that to happen put your FULL NAME and address in the body.

(One other little point: if you have an email account like “libtards-suck@gmail.com”, and your representative is a left-leaning Democrat, you might want to use a different email address.)

• Make sure your email has a recognizable subject; those without subjects, or with common subject lines like “Important – please read”, might be filtered into the trash by their email system. I’m told the best thing to do is to put the title/number of the actual bill in the subject line so that the reason for your letter can be quickly determined.

• Many special interest organizations, like the NRA, often send out links to form letters that you can forward  to your Congressperson. Don’t waste your time; aides have told me that form letters are nearly useless. When they’re  queried, one of the questions the boss often asks is “what percentage of responses are form letters?” Form letters have FAR less impact than those you send from your own keyboard. (One “insider” article I read said that form letters are simply ignored. After all, their reasoning goes, if it was really important you’d have written your own damn letter.)

Again: DON’T USE FORM LETTERS. If you feel you can’t make a good impression on the aides you can have someone more erudite draft it for you, but don’t use the prewritten missives. They’re really no better than the little “concern ribbons” people wear on their lapel; they signal you’re really not engaged with the issue.

• Finally, if by some miracle you do get a response from your Congressperson, it will almost certainly (and somewhat ironically) be a form letter. Don’t get mad; go back to our first item: your elected official is NOT going to read your letter, and therefore is very unlikely to draft a personal response to you. Expect a form letter and don’t go bitching on Facebook if you get one. It’s just how the system works.

P.S.: My host for the Threat-Centered Revolver course in Phoenix, AZ this November tells me that we’re over half full for this class. If you’re interested, you should reserve your spot today.

Also, for you California folks facing ammunition restrictions, my host tells me that he can help you out by receiving ammunition shipments, or arranging for bulk ammunition sales through a local retailer!

You can learn more (and sign up) at this link.

You are not a security camera, and that's a problem

Retrieving the rifle: an overlooked skill