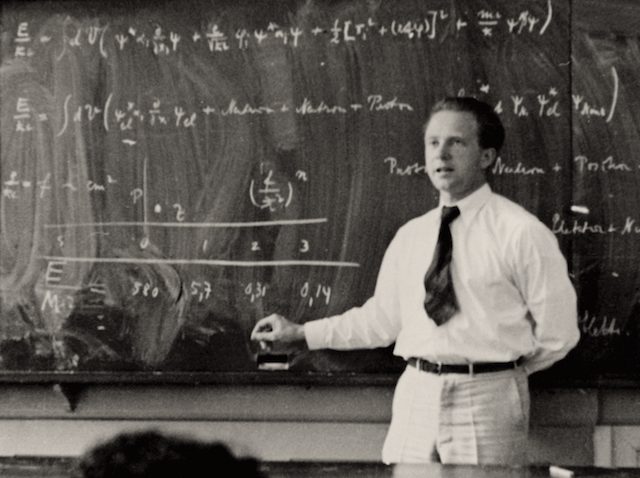 The great physicist Werner Heisenberg is responsible for describing a very interesting phenomenon in quantum physics: our observations effect the behavior of quanta (quantum particles). In other words, by simply observing an experiment, it’s possible that we inadvertently change the outcome.

Quantum physics gets really weird after that, but this is as far we need to go. For now.

Doing it means you won’t need to do it

Heisenberg described something similar to what I’ve observed over the years in the world of self defense and preparedness: by preparing for something, we change the likelihood of encountering it. At the very least, we change the degree to which it affects us. Even if we’re never faced with it.

Let’s take, for example, the study of self defense. An understanding of criminal attacks, how they happen and why, often leads to changes in one’s lifestyle. Some changes are subtle, others more profound, but I’ve observed this change in many people. Because of their knowledge, they do things differently; they handle incidents in ways they wouldn’t have before.

This usually leads to a reduction in their victim profile, which means they’re less likely to be attacked than before their study. By simply preparing, they changed their chances of needing their preparations.

Looking for a place to drive?

This is a rather confounding notion for a lot of folks: by preparing, they lessen their chances of needing to use their preparations. Imagine if you spent a year buying your new, perfect car; you saved your money, you studied all the competing models, you weighed the pros and cons of each accessory, and finally you drive your prize home — only to be told that you don’t actually get to drive it on the street.

How would you react?

This, I think, is at the root of so many of the negative outcomes I’ve studied. So many people, having invested time, money, and ego in their choice to carry a defensive firearm, can’t live with the notion of not ever getting to use it. They look for reasons to do so, and very often get involved in situations that, had they really been using what they’d learned (or should have learned), would have avoided.

They couldn’t accept the possibility that they’d never get to drive their shiny new car.

This effect of the process changing the outcome is true for some other preparedness activities. The act of preparation usually brings with it an increase in knowledge, for it’s difficult to do something without getting at least a little curious as to why you’re doing it. The knowledge itself changes you and causes you to be more cognizant about how you interact with the world. You become aware of how fragile life is, and how easy it is to be radically changed — or destroyed.

As a result of that knowledge, even if you do nothing else, your behavior is altered and your risk reduced. The effect may not be noticeable, but it will be there. That’s the real value of preparedness.

Don’t focus on the thing

It’s really not about the gun on your hip or the canned goods on your shelf. Yes, I know that’s where everyone focuses their attention, but it’s the change in attitude and behavior that accompany those things that are really important. By preparing, you’ve made yourself more resilient, less likely to be victimized, more likely to ride out the disaster.

Whether you ever get to pull the trigger or not.

That’s the real reason to prepare. Everything else is just stuff.

P.S.: Have you read my latest book, Protecting Your Homestead: Using a rifle to defend life on your property? It’s about the realities of using your rifle in self defense and protection of life around you — including when you should and shouldn’t be using it. You can get your copy in paperback, Kindle, or iBooks formats.

What if nothing happens?