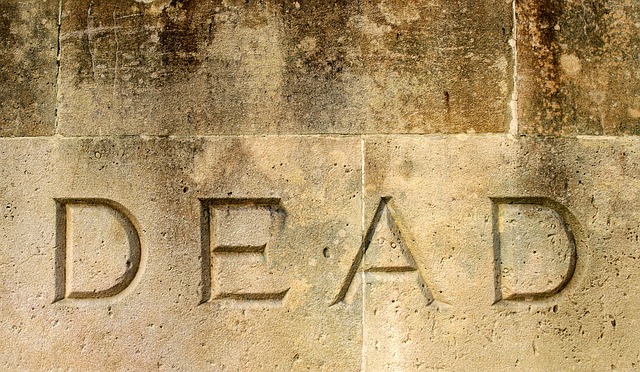 It’s been my observation that only a very small percentage of gun owners think deeply about this business of shooting another person. By that, I mean beyond the aspects of sight picture and trigger press.

What brought this to mind were the reactions of people to a recent story out of Oklahoma.

It seems the owner of a vacant home had tired of people breaking into his empty house and developed the habit of frequently checking on the property. On one particular occasion he apparently saw signs of entry and was motivated to search the house, including the attic — which is where he found his interloper.

The owner confronted the person in the attic and asked him what he was doing there. At some point during their exchange the property owner decided to fire a shot, hitting the suspect. Only after exercising his trigger finger did he bother calling the police.

There are a bunch of issues with the way he conducted himself before and during the encounter — and perhaps one day soon I’ll share those with you — but what struck me in this case were the reactions of the people who read the story.

What is a threat?

Remember that this was an unoccupied building; there was nothing to steal and, because the owner doesn’t live there, no real danger to him (or his loved ones) beyond what he voluntarily assumed through his entry. Yet people cheered him on for shooting the guy he found in the attic.

What’s concerning is that the cheering wasn’t because he defended himself (because that’s still an unclear question). No, people were happy simply because he shot someone, and may (or may not) have had a justification for doing so.

I’ve said this before, and I’ll stand by it: there are an awful lot of people in the shooting community who actually look forward to the chance to shoot someone. I run into them all the time, online and in person. They’re not always obvious, but if you listen closely to their comments and reactions, you’ll discern them.

And they bother me.

It’s not all fun and games

The use of lethal force isn’t something we should ever take lightly. We should never celebrate it or look forward to it. We are, after all, talking about the potential — if not actual — death of another human being. A living, breathing, person whose mother probably thought he was the cutest baby in the world, too.

To look forward to, or derive happiness from, such an event seems odd to me. Yet many do. Even in circumstances where the shooting was clearly not necessary, a lot of people allow themselves to crow about the death, opining that “if he hadn’t done <insert thing here>, then he wouldn’t have gotten shot”.

There are circumstances, of course, where the actions of another person require us to use deadly force to protect our lives or the lives of other innocents. I’m not arguing against that, and in fact if you look at my books, classes, and blog over the years it’s something I acknowledge. There are people who simply need to be shot, and there are times when you simply need to shoot them. Those times, however, are far fewer than some would make them out to be, and none of them should result in joy over the death of another human.

Elation over your own survival? Certainly. Comfort in knowing that you did what was necessary to save an innocent life? Of course. Happiness that you (or someone else) gets to live another day, regardless of the evil actions of someone else? You bet.

A wonderful feeling because someone else had to die for that to happen? That’s where I draw the line.

Yes, some people are evil. There are psychopaths out there for whom I feel no pity, and feel no remorse when they are shot by their would-be victims. None of us should allow our respect for life stop us from doing what’s necessary to protect ourselves or those around us, up to and including the use of lethal force when it’s truly necessary.

But that’s a long way from being happy about it, let alone being eager to do so.

I’ve talked with many people who’ve had to shoot others to save themselves. In all cases, their lives were invariably changed by the encounter. Even though they were justified in their actions, their lives were altered  because humanity looks at the death of one person at the hands of another as something regrettable, something to be avoided.

That’s what makes us human. It’s what makes most of us recoil at the thought of herding others into gas chambers or of torturing children. It keeps us from becoming evil ourselves. Some people, though, seem not to understand that.

This is a serious business. We should always treat it that way. If we get angry with gun prohibitionists “dancing in the blood of victims”, we can’t do it ourselves, especially before it happens. If you have a gun for self defense, resolve to use it to defend your life and the lives of your loved ones when there is no option. But always remember the enormous responsibility it carries.

If someone is going to die, there needs to be a really good reason why.