After Las Vegas: Don’t be paranoid.

After Las Vegas: Don’t be paranoid. 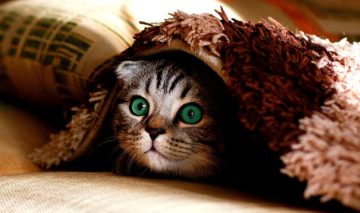 Following my recent post about the Las Vegas attack, someone sent me an email that said, in effect, the best way to survive such an attack was to not be there in the first place. If one only stayed away from all crowds, such as concerts and sporting events, one would never be the victim of a mass killer. “Bet those people wish they’d stayed home that night” was the conclusion the writer reached.

On the face this would seem to be a sensible point of view. No less a luminary than John Farnam famously suggested that you could generally eliminate most problems in your life by not going to stupid places and doing stupid things with stupid people. I’ve quoted John many times over the years because his fatherly suggestion is oftentimes the correct course of action.

Farnam’s Law, however, is a very different course of action than not going anywhere or doing anything with anyone else.

There’s a big gap between using your judgement to stay out of situations which have a demonstrated propensity for ending badly (the “three stupids”) and not doing anything because you’re afraid. Making decisions based on your understanding of plausible outcomes leaves you in control of your actions; you can make smart decisions to go to a different place, do different things, with different people. You can decide that there’s just as much fun to be had somewhere safer. You can choose not to get so drunk that your judgement becomes non-existent.

You’re the one who decides what is an acceptable level of risk for you, based on your understanding of the threats you actually face. That’s not the same as deciding not to do anything fun because the activity itself might be the target of crazed attacker. When you do so, you’ve put someone else in charge of your life.

No, it’s not “getting worse”

Attacks of the kind that happened in Las Vegas are quite uncommon. Despite breathless frenzy from the media, they’re not happening more frequently in this country. Yet people act as though they are. Lawmakers move to enact laws on the belief they need to stop a nascent epidemic, while others (like the fellow I heard from) exhort people to lock themselves in their homes on the notion that they, too, could be a victim of such an attack if they don’t.

Yes, you could avoid a crazed gunman shooting up a concert crowd by never going to concerts. You could also avoid all auto wrecks by never traveling in a car. You could lock yourself in your bedroom and never come out, avoiding a whole host of risks, but then you’d just be setting yourself up for a heart attack. Or tree falling on your roof and crushing you in your bed.

Silly? Yes. Living in the real world means accepting some level of risk for simply existing. You can’t eliminate all risk, but you can make choices as to what risks are acceptable and then make some common sense preparations to deal with them. This is the rational way of living.

If you decide to go to an open-air concert, for instance, quickly scouting exits and places where you might barricade yourself in case of an attack are reasonable precautions. Knowing where the fire extinguishers are is simply common sense. You can do all of this without anyone even noticing that you’re doing it.

Carrying a medical kit is, I think, another reasonable thing to do. Completely disregarding the chances of a mass casualty attack, accidents happen; it might be a car wreck on the way there, or someone tripping with a wine glass in hand and slicing open the femoral artery in their leg. Having the means to save a life, one which is independent of the cause, is a good idea in our modern world.

That’s what preparation is all about; being ready, all day and every day, to handle the threats which are actually likely to affect you. The idea is to avoid them wherever possible and to minimize their impact if you can’t, but you need to always keep one goal in mind: You prepare so you can live your life, to enjoy those wonderful things which make it worth living. You prepare so you can do those things which bring you pleasure, which beautify your existence, and which allow you to pass on your joy to your kids and grandkids.

That might mean a picnic in a park or it might mean an open air concert. There are risks with each, but avoiding them entirely because you can’t eliminate every single possible risk is short sighted and deprives you of the wonderful experience.

Make good choices; identify plausible risks, take reasonable precautions, learn how to respond appropriately if the risk manifests itself, and integrate all of that into your daily routine. Be prepared, not paranoid.

Because living in a cave is no life.

P.S.: You can learn more about these concepts in my latest book, “Prepping for Life: The balanced approach to personal security and family safety”. It’s available in paperback and the popular electronic book formats.