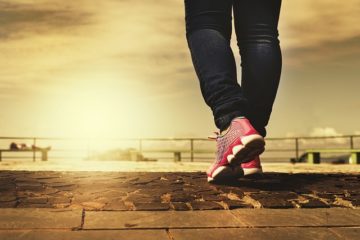 (From The Management: This post was supposed to appear on Friday, but a technical glitch on the site prevented it from going live. My apologies! — GC)

Getting started in preparedness, whether the entry point is in self defense or in disaster survival, can seem daunting. Even moving from one area of preparedness to another, particularly if they’re unrelated, can be intimidating.

Unfortunately, sometimes the people who are well-versed in those topics don’t make the situation any easier.

In any specialized sub-group, particularly in the prepping world, a peculiar notion pops up every so often. It’s an idea that turns away the curious and those new to the topic, and which serves very little other purpose than to create a tribal dynamic: an “in-group”.

I ran into it again a couple of weeks back in the defensive shooting arena: the concept that unless you’re fully committed to that area of interest, you’re completely unprepared. For those people who subscribe to this idea, they can make it seem as though it’s all or nothing — and don’t bother asking for help unless you’re willing to totally commit your life and resources to the topic!

Don’t get me wrong; deep interest, properly channeled, can be a good thing. That’s how experts are made, and all of us need an expert now and again to help guide us.

It’s when that expertise becomes a tool of exclusion, a way to shame those who aren’t as involved, that I take exception.

I’ve met many people who, for instance, don’t want to touch the topic of defensive firearms because they’ve encountered one of these exclusionists. Now, none of the in-group thinks of themselves as being exclusionary, but their behavior gives it away. I’ve watched, more than once, one of these hobbyists chastise someone who didn’t want to jump into the deep end of the shooting world by telling them they’re “not being serious” about their self defense.

That’s a really good way to turn someone off a topic. Someone who’s been turned off is unlikely to take any positive steps in that area, and that (to me) is unacceptable.

The reality is that anything someone does to make themselves a little more prepared, a little safer, a little more resilient, is good. It doesn’t matter how small the step is, or what the topic is, only that they take the step.

It doesn’t matter that they’re not “fully committed”. One little step today will make anyone a little  better off than they were yesterday. Another step tomorrow will make someone better than they are today. Each step, no matter how small, will better their life in a meaningful way. If they keep it up, in a month there will be real progress.

If you’re one of those people who’s been alienated by the over-zealous, step back from your feelings and look at your preparedness rationally. No, you won’t be an instant expert on all prepping topics, and in fact you may never be as deeply invested in any area as some other people will. None of that is important; the only thing that is important is that you get started on your own terms, and do it now.

You might be the best shot in your shooting club, but are in the dark about how to build a pantry of food. You might have the world’s greenest thumb and be able to grow tomatoes in the dead of winter, but know nothing about firearms. You may have done a “deep dive” into medical care in disaster situations, but not have the faintest idea of how to install a generator. In any of these examples, making that first step out of your own area of expertise can be intimidating, but just remember that the goal is to be better off than you are now — and that anything you do will send you down that road!

If you don’t become an expert in any given area, it doesn’t matter. You don’t need expertise to be prepared, just the desire to learn something. And the ability to ignore the people who don’t understand the difference.

There’s an old adage about the longest journey starting with a first step. Today is the best day to make that step, even if someone else thinks it’s not big enough.

P.S.: If you missed the announcement on Monday, I’ve scheduled a new class! I’ll be in Phoenix, AZ this November teaching my Threat-Centered Revolver course. You can learn more (and sign up) at this link.

The myth of the "concealed carry lifestyle"