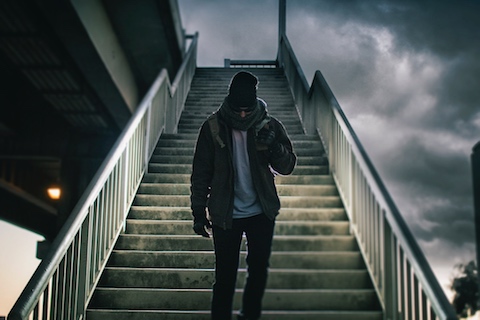 There is a special class of email, though, that I really dislike getting. It’s the “but what if…” question about something I’ve said or written regarding the use of lethal force in self defense. These are almost always in response to something that people see as limiting their choice or somehow infringing on their freedom.

I rarely answer the “but what if…” question.

Take, for instance, the idea of shooting at someone through a closed door. I’ll go out on a limb and say it’s something you should probably never do, because you really don’t know what’s on the other side of the door. A surprisingly large number of the tragic negative outcomes I’ve studied have involved people shooting other people through a closed door, only to find out that they’ve mistakenly shot a friend, neighbor, or family member.

I’ve relayed a couple such incidents here on the blog and in my classes, and they always elicit the “but what if…” queries. Sometimes they’re simplistic:

“But what if it was an all-glass door and you could clearly see who was on the other side?”

Most of the time, though, they involve the construction of a more intricate scenario:

“But what if a violent co-worker had sent you an email saying that he was going to kill you on a specific day, and on that day he called from his cell phone to tell you he was on his way to your house with a firefighting axe, and that he’d be able to easily break through your door and attack you, and just after you hung up the phone you heard someone pounding on your door with what sounded like a firefighting axe? Could you justifiably shoot through the door in that case?”

A hypothetical by any other name

In law school, these are known as hypotheticals and are a staple of legal education. (Oddly, I rarely get hypotheticals from people with law degrees. Maybe they’re trying to suppress disturbing memories?) Hypotheticals are designed to teach students the consequences of law, to explore the moral and ethical basis of legal rules, and to help them understand the principles of laws.

Mostly, though, they’re designed to teach budding lawyers how to argue their way around a legal point, which is what people who ask “but what if…” are trying to do. What they really want is someone to tell them that it’s okay to shoot other people if some specific criteria have been met.

I won’t play that game, for three reasons.

The realities of lethal force

First, because the decision to use lethal force against another human being isn’t judged on a checklist; it’s judged based on the totality of the circumstances. Just because the boxes have been checked off doesn’t mean that a situation has risen to the level where lethal force is justifiable.

What’s more, many laws are based on the notion of the “reasonable person”, or have some language about what someone could “reasonably believe”. This allows laws to change over time as the mores of the citizenry change. What is considered reasonable in Westphalia, Texas may be very different than what’s reasonable in Santa Monica, California.

Second, because I believe that people should focus on whether they need to use lethal force, not whether they can. The reason our laws allow for the possibility of justifiably killing another human being is because we recognize that sometimes it’s necessary to do so. Our self defense laws are based on a need to protect ourselves or other innocents from death (or, in some cases, “grave bodily harm”.)

If someone absolutely needs to shoot another person to save their life, the law generally offers some protection for their actions. It’s my opinion that if someone focuses on whether they need to pull the trigger as opposed to being allowed to, they’ll likely make better (and more legally defensible) decisions.

(This isn’t to say that you don’t need to know the law or the legal system; you most assuredly do, and it’s probably the first thing you should learn if you intend to use a firearm to defend yourself.)

The dark side of hypotheticals

Finally, I don’t want to indulge people’s fantasies. There is a segment of the gun-carrying public that, frankly, fantasizes about shooting other people. We don’t often talk publicly about these people, but they’re out there. I’ve had them in my classes, and I know other instructors have as well.

There is something satisfying about watching an action or crime flick and seeing the bad guy get blown away by the hero. The vigilante out for justice is a popular theme in Hollywood, and some people do identify with the characters — even if at a very discreet level. I see strong traces of it in social media comments all the time.

I’ve had more than a few people persist with their “but what if…” scenarios to make me question their motivations. I don’t believe everyone harbors these fantasies, but enough do to make me unwilling to feed their delusions of grandeur by commenting on their fishing-for-justifications scenarios.

Down the wrong rabbit hole

“But what if…” scenarios are a clue that the person asking the question may be focusing on the wrong things. It’s my job to get them to focus on the right things, to help them make good decisions, and to help them avoid needing to harm anyone in the first place.

Shoot the right person, even completely justifiably, and your life will be irretrievably altered — and likely not in a good way. Shoot the wrong person, even for the “right” reasons, and your life (as you know it now) will end. I think that’s good enough reason to avoid it whenever possible, and avoidance starts with not entertaining the “but what if…” fantasy.

P.S.: In my self defense books I focus on the responsible use of firearms to defend yourself and your loved ones. You won’t find Rambo fantasies or talk of “waxing tangos”, but you will find information on efficiently using your defensive firearm when you absolutely need to. My latest, Protecting Your Homestead: Using a rifle to defend life on your property, is a good example. In it I discuss the realities of using your rifle, and especially those times when you shouldn’t. You can get your copy in paperback, Kindle, or iBooks formats.

Photo by Randy Jacob on Unsplash

Can buying less actually give you more safety?