You don’t need to win. You need to survive.

You don’t need to win. You need to survive. 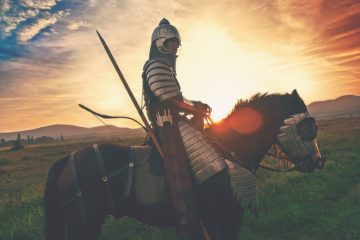 In case you haven’t noticed, I’m not a fan of macho nonsense. And I don’t particularly care where it comes from.

So much of the defensive training world is built around the lifestyles of people who spend all their free time on the range or at the gym; some shooting instructors quite literally live at the shooting range. Surprisingly few of them have ever held a white-collar job or filled an executive position. They self-identify as “alphas” or “warriors” or “sheepdogs” and hang out with others who do the same thing.

This skews their viewpoints and what they teach.

Case in point: I was recently reading an article about how you always  need to “dominate your opponent” in self defense. The writer emphasized “training to win” and how important it was to always think in terms of doing battle in order to defeat your enemy and emerge victorious.

I think this is more than a little misguided, because I believe it ignores the primary reason for self defense: to keep from being hurt or killed.

It’s really not a hard concept to understand, but in the defensive training world it’s a hard one to learn.

If I were to always think in terms of battle I might not make the same decisions. I might not do the things I should to keep myself and my loved ones safe. I might go looking for a fight to win.

Once you’ve accepted the notion that the fight is always about winning, and that you need to always win, you might find yourself subconsciously looking for conflicts, no matter how small, to dominate. This, I think, is part of the reason so many otherwise rational people get caught up in the kind of face-saving social violence typified by the road rage fight.

The need to win, no matter how petty, wins over the little voice that’s saying “this is probably a bad idea.”

Don’t get me wrong; if I’m forced into a fight I’m going to fight as hard as I can. I’m not advocating some sort of misguided pacifism or weakness in the face of certain danger. If the fight comes, I’ll do everything I can to keep living. I will survive.

I am, however, suggesting that the very notion of the fight should be grounded in a specific goal: survival, rather than ‘winning’. After all, not needing to fight is a win, too.

Mindset, I think, isn’t just about how you’ll fight; it’s also about how you’ll avoid needing to fight in the first place. Remember the old saying about discretion being the better part of valor? It’s also the major part of a successful defensive strategy.

Safety isn’t obtained only by dominating a battle; it’s also obtained by not needing to go into battle in the first place. Think avoidance, think prevention, but above all think survival.

P.S.: If you need to use your defensive firearm, I believe you should have a realistic understanding of how to do so. My Threat-Centered Revolver course is focused on the practical use of the revolver in self defense, and it’s coming to Texas in May! I’ll be in Whitewright, TX on May 12 & 13 teaching my students how to efficiently operate their wheelguns when shooting is the correct defensive response. Click here to learn more and sign up!
Listen to this blog – and subscribe to it on iTunes by clicking this link!

How fast should you shoot?