Where are your tripwires?

Where are your tripwires? 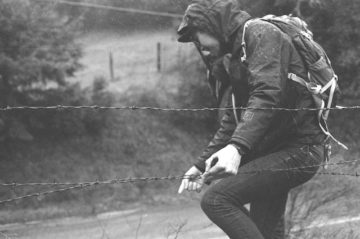 Whether you’re prepping for survival or studying self defense against a criminal, you need to consider the circumstances under which you’d respond — where your tripwires are, the things that will trigger your response. Some people call them “a line in the sand” or “point of no return”, but no matter what the term the function is the same: the circumstances which will trigger a specific response.

We all have tripwires, but too many either ignore their existence or have theirs set so far back that they get into trouble long before they reach it. At the same time, you don’t want yours set so close that every little thing sets off a panicked response. That’s paranoia, and it can destroy your sanity (or, at the very least, cause your friends and family to question it.)

The reason to think about your tripwires ahead of time is to maximize your safety while minimizing your anxiety. When you have a good idea of what your tripwires are and where they’re set, you can live a calm yet prepared life. It’s part of the balance I talk about in Prepping for Life: The balanced approach to personal security and family safety.

People go through life expecting that things will always function the way they normally function. This is called normalcy bias, and it’s actually a positive. Without it, we’d worry ourselves to death that the sun won’t rise tomorrow morning, or that summer isn’t going to ever come and melt away the snows of winter. It’s how we manage to get along with each other without the need to analyze everyone we meet every time we meet them.

The problem with normalcy bias, though, is that it can work against us when our environment does change. It causes people to say to themselves “this can’t be happening to me” when they’re attacked, or that the river won’t rise any further because they’ve never experienced it rising further.

Normalcy bias, in its worst forms, causes people to not respond. It results in underestimating both the likelihood and scope of an incident, delaying or even preventing the proper response. As a result, though they may have the tools and the skills to survive what they’re facing, they don’t put them to use because they don’t think the real disaster is here yet.

If you’re going to stay safe, you need to fight this normalcy bias in your life. One good way to do so is to decide what your tripwires are and where they’re set.

Your stimulus to action

A tripwire is nothing more than the conditions or circumstances under which you’ve decided, ahead of time, to initiate your response. It helps to clarify in your mind when a specific action is appropriate — and when it’s not.

For instance, if you carry a concealed handgun for self defense, it’s helpful to run various scenarios through your mind about when you’d actually use that gun. At what point does a nosy panhandler become a lethal threat? What are the indications of a lethal threat — and when does shooting become an appropriate response?

If you’re in a public area, do you know what gunshots sound like? How about when you’re in a large building? What if it’s in another room?

What about the person walking toward you in a parking lot; is she up to no good, or are you just on the path of her shortcut to the bus stop?

Have you given any thought to how you’d react when things just don’t “feel right”? How do you define that? When do you decide that possible embarrassment from a false alarm is less than the chance of injury or death?

On a more mundane note, how do you decide whether to keep driving in a worsening storm or check into the motel you just passed? Do you gas up now, even though you still have 3/4 of a tank left, or do you wait to see if the next town has a gas station?

Decide where yours are ahead of time

No matter what your level of preparedness or what you’re preparing for, you have tripwires. The key is to acknowledge they exist and then decide where they’re set. Think about them ahead of time; think about what they look like.

Use the downtime during your commute to think about everything from how you’d handle a road raging driver to when you’d shelter from a hurricane warning to how you’d react to an active shooter in your church.

Fix those tripwire points in your mind. Should you someday reach one of them, you’ll have at least the start of a response ready to be put into action.

More is not necessarily better, especially when you can't take care of it

What does "preparing for the worst case" mean?