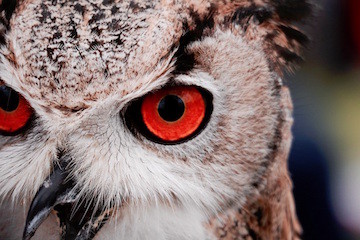 I recently posted about the need for instructors to teach, and for students to learn, how to think during a defensive incident. Everyone agrees that it’s a necessary thing to do.

The problem is that many of the people agreeing don’t really know what it means.

Unclear on the concept

Case in point: someone sent me a link to yet another video of a shooting drill. In it, the instructor repeatedly stated that the drill was intended to “make you think while you shoot.”

The drill used three USPSA/IDPA type targets, set side by side; on the command the student was to shoot a specific, well-known drill on one of the targets then move to the next target and shoot another drill. The first target required a “Bill Drill”, the second target a “FAST Drill”, and the third target was a “Mozambique” drill. The magazines in the gun had a specific number of rounds in them so that reloads happened predictably between each target.

(I’m not putting the shooter/instructor down here; it’s an awesome drill from the standpoint of physical shooting skill, and the guy who did it is a phenomenal shooter. It takes great ability to get a good score, and I’m sure my score would be average at best; then again, I’ve been out of the competitive shooting game a while!)

Here’s the problem: the drill had nothing whatsoever to do with thinking. All the shooter had to do was recall the memorized sequence of shots on the target. It was, at best, regurgitation on command.

Thinking is defined as the process of using one’s mind to consider or reason about something. When talking about thinking in the context of a defensive encounter, it means to evaluate the situational information you see/hear/smell/feel and make decisions based on that information.

The resulting decision may be to recall and execute a shooting skill, but it may be to turn around and run — or talk and resolve the situation. Whatever decision is made, it’s after the decision that the execution of skill occurs. Thinking has to happen first.

The drill in question doesn’t force any such evaluation. Everything in the drill, were we to put it on the timeline of an incident, occurs after the decision to shoot has already been made — after the information has been processed and evaluated. Even the reloads in the video require no processing, only pre-planning. (In contrast, I insist my students do reloads only in response to experiencing the surprise condition of an empty gun — forcing them to process unexpected information.)

If you know ahead of time, you don’t need to think

Actually thinking before shooting is perhaps the most vital skill you can learn. It’s the one that keeps you from making poor decisions and the one that prevents “negative outcomes”, to use Claude Werner’s phrase. It’s also the least commonly taught defensive shooting skill.

How do you force thinking back into your defensive shooting training and practice? One word: unpredictability. Stay tuned for more.

The Fort Lauderdale attack: it's not the gun. Again. Still.