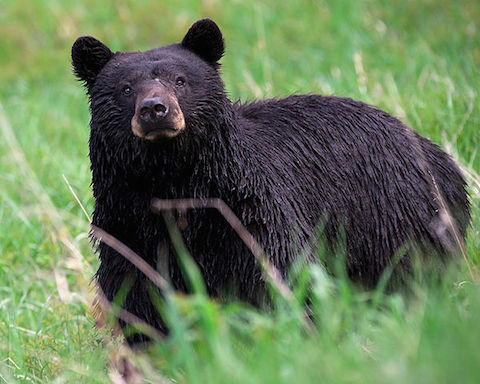 Stop me if you’ve heard this one: Two guys met at a trail intersection while backpacking in the woods, and since they were both going the same direction they decided to walk together. Around a bend in the trail they came face to face with a very angry bear. One of the fellows drops to his knees, grabs his running shoes from his backpack and begins to put them on. The other guy just stares and says “there’s no way you can run faster than that bear!”

I know, it’s a sick joke that emphasizes the dog-eat-dog (or bear-eat-hiker) world in which we live. It seems that everyone is out for himself and will throw just about anyone to the wild animals in order to get ahead.

The reality, from a personal security standpoint, is that it’s not too far from the truth. A large part of what I teach and what many others teach as well is to be a faster runner — a less accessible target — than the next guy. In home security, for instance, we emphasize the idea of being the least attractive home (in burglar terms, not in aesthetics!) on the block. You enhance your security by making your house less palatable, encouraging the burglar to seek easier or more lucrative targets. Does this mean that you hate your neighbors or wish ill upon them? Of course not, but you’re not expected to maintain security parity with them just in order to be a better neighbor, either.

The same is true in terms of personal security, particularly on the street. By managing your distractions and keeping yourself from looking like the most vulnerable and/or most valuable target, you signal to the predatory criminals in the vicinity that there is better prey than you.  Unfortunately those people who haven’t had the foresight (or training) to do so will become the victim.

The latter situation appears to have been in play in an attack that happened just last week in Philadelphia.

According to the local NBC affiliate, a 51-year-old husband and father named Patrick Stuhlman was killed by three teenagers intent on robbing him. The three had been playing basketball and apparently determined that they needed some money, so they decided to rob a passerby.

Their first victim selection, a younger man who was walking his dog, was aborted when the attackers decided he was too risky a target. When Stuhlman happened along they determined he was a good choice because, as they told police, he was older and his dog looked weak. They accosted Stuhlman, who fought their assault, and shot him in the chest during the struggle. He was reported to have plead for the gunman to not shoot. He died at the scene with his dog’s leash clutched in his hand.

It’s a tragic story, to be sure. It’s also illustrative of the way in which criminals pick their victims; remember that your attacker isn’t an animal, he’s a thinking and reasoning human being (even if his motivations are foreign to you.) Aside from complete psychotics, a personal crime like this is liable to be the result of a very fast (and perhaps crude) assessment: “is what I might get from this victim worth the risk of defensive retaliation or arrest?” If the answer is “no”, the criminal is likely to look for an easier mark.

In this particular case, the three thugs decided the first guy wasn’t worth the risk. Despite one of them being armed with a gun, they perceived that he and his dog wouldn’t be pushovers. It was Mr. Stuhlman — an older victim (not “old”, remember, just enough older to tip their risk/benefit calculation) with a smaller, weaker-looking dog — who better fit their victim profile. He was, unfortunately, the hiker without the running shoes.

Part of your defensive arsenal is your appearance, and I mean that in a broader sense than your belt matching your shoes. It includes how wealthy you look (what valuables might you obviously possess which nudges that risk/benefit calculation further toward attack); what you’ve allowed yourself to be distracted by; your physical  intimidation (including your protection animals); and even your gait (do you walk confidently, or like someone who’s afraid of his own shadow).

None of those, taken alone, is necessarily a trigger for attack. It’s the specific combination of them, along with those of the people around you and the attacker’s own abilities and motivations, which will determine who is the first victim choice. You need to control any and all of those variables that you can.

Keep in mind that nothing is certain in this world. It’s possible that you can do everything “right” and still attacked. That’s why you have defensive tools and, we hope, the training to use them properly and efficiently. In this case, might a concealed firearm have helped Stuhlman? Perhaps some empty hand or disarming training? We may never be able to answer those questions, but it’s doubtful they would have hurt the outcome. He may have in fact survived if he’d had proper training; at least his chances would likely have been better.

What we do know is what his killers told the police, and it confirms the joke: you don’t have to outrun the bear, just the guy next to you.

The first shot isn't necessarily the most important, but you'd better train as if it is! 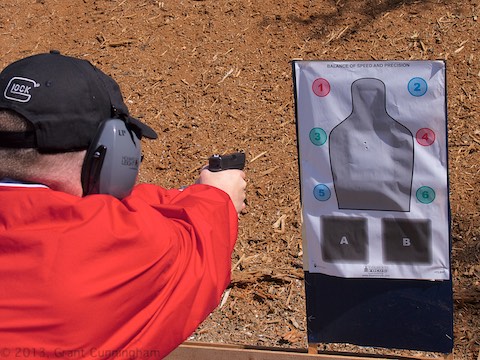 The case for buying two identical concealed carry guns. You can thank me later. 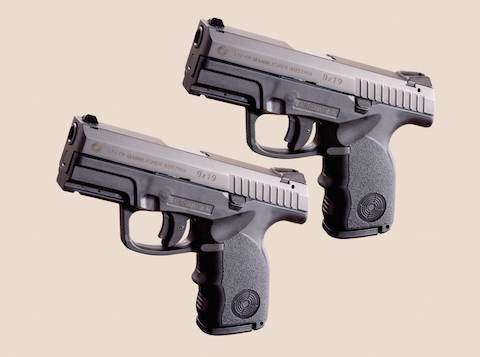