In the defensive training world you’ll hear lots of talk about situational awareness, but little about its actual meaning or application. In this article I’ll explain why I think it’s more than what you’ve been taught, and how to put it to work in a way you may not have considered!

The training community usually thinks of situational awareness in a very limited way: as something you “do” when walking down the street, for instance. If you consider it to be merely a technique, that’s understandable especially given the prevailing misconceptions. If you consider it from a larger perspective, however (as I’m asking you to do), you’ll see that it’s more than a short-term tool!

Black’s article is about intelligence gathering in your neighborhood as a way of keeping you safe. He suggests walking your neighborhood with map in hand, noting things like what vehicles are typically parked on the street; who lives there and what they look like; the condition of the properties; and the traffic flow in and out. He also points out that you should memorize all of the street names and what direction they run, and that you should learn the crime patterns of the area by contacting the local police.

In military terms this would be called reconnaisance. Every bit of information you add to your knowledge base allows you to spot problems ahead of time; things that out of place or people who don’t belong there. Isn’t that what situational awareness proponents tell you that you’re supposed to be able to do? Black has detailed a systematic way to do that.

This kind of intelligence gathering isn’t static, either. Things change around any neighborhood or environment, and you should be constantly updating that little database with new information. Which houses, for instance, are up for sale — and which have been sold to absentee owners to be used as rentals? (Is that important? Yes, I think it is; I’ve noted over many years that the more rentals in a neighborhood, the more often crime rates trend upward. I suspect this is because rentals tend to be occupied by people with less interest in the neighborhood or community, and whose friends tend to be of the same mindset. Whether they commit the crimes or simply don’t care if crime happens around them because they won’t be there next year, the result is the same.)

How about sight lines? During the winter the lack of foliage tends to expose more of the neighborhood and provide less cover for criminal activity. During the spring and summer, when everything is in full bloom, that may not be the case. You should know where criminals can hide and how that changes with the season.

Be sure to do the same reconnoiter at dusk and at night. Where are the streetlights? How much do they actually illuminate? Here comes that seasonal thing again — does that change depending on the the time of year? (We used to live in a house on a corner where there was a streetlight. In our yard was a large and very pretty maple tree whose leaves effectively shielded our yard from the glare of that light. During the winter our entire yard was well lit, but during spring and summer it was darned near pitch black!)

You can (and in fact should) do this kind of situational awareness exercise for any area where you spend significant amounts of time, such as where you work. Knowing what should be and what should not be is the basis of spotting danger before it actually happens.

Situational awareness isn’t something you do; it’s what you know, even if that knowledge changes constantly because your surroundings do. Take every opportunity to add to that knowledge!

How safe is your safe? You might be surprised at how safe it's not! 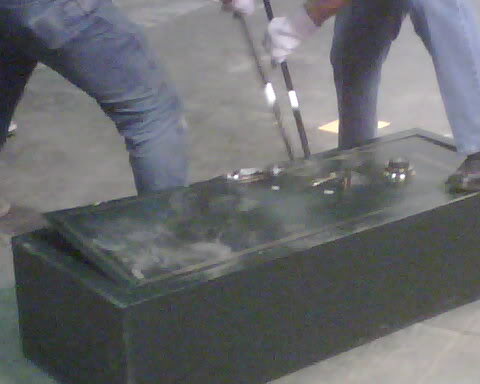 How much training do you really need?