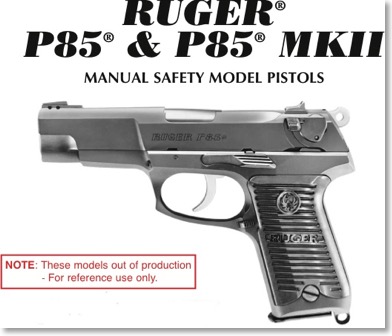 It’s been too long since Ed Harris has graced our presence. He’s back, though, with an article about shooting cast bullets in 9mm — and, of course, with related stories about his days doing just that at Ruger. Enjoy!

Tales from the Back Creek Diary:
Loading Cast Bullets In the 9mm Luger/Parabellum

——
Lately, with ammo supplies in retail stores either drying up entirely, or becoming frightfully more expensive, combined with widespread fears and speculation of whether imports of Russian ammo and primers may be cut off, MANY people have been asking whether they could successfully load cast bullets in 9mm for practice ammo. Until recently my advice was that reloading 9mm ammo wasn’t cost-effective, compared to “readily available and cheap” surplus ammo. That is no longer true… So, when times get tough, it is a simple matter of reloading practice ammo or risking using up your precious stash of factory defense loads. The good news is that you can reload 9mm successfully. Here is how!
In the 1980s I loaded tens of thousands of cast bullet 9mm rounds for testing purposes. While it has always been Ruger policy to neither recommend nor condone ANY use of handloaded ammunition, it was necessary from a safety and engineering standpoint to know what the guns would or would not function safely with. In particular they wanted to know if firing jacketed +P+ law enforcement loads in a heavily leaded barrel would cause any safety problems. For testing purposes bullets were cast from salvaged backstop lead, alternating between two RCBS 20-lb. pots, and a pair of 4-cavity molds, casting bullets hot enough so they were uniformly frosted, and water-dropping them into a 5-gallon bucket of water to quench-harden them.
X-ray diffraction analysis of backstop scrap used at that time averaged 3% antimony, 0.6 tin, <0.006 copper and < 0.01 arsenic, the rest lead. Hardness of bullets after quenching was 24+ BHN. Bullets were loaded as-cast, unsized, tumble lubricating to deposit a light film of 55% calcium soap solids in a mineral spirit carrier, which later became Lee Liquid Alox. The final step was profiling loaded rounds to ensure they did not exceed SAAMI max. cartridge dimensions, using what would be sold commercially as the Lee Factory Crimp Die.
Moulds were cooled periodically by resting them briefly on a large wet sponge, to regulate block temperature. The melt temperature was maintained at 700-730 degrees F as measured with a digital thermocouple thermometer. The routine is to fill one mold, then set it down, then pick up, open, dump and refill the other blocks, alternating continuously. You get good bullets, without having to wait for the sprue to harden, or worrying about semi-liquid lead smearing across the blocks when cutting the sprue off. A man working an 8 hour shift could cast 100+ pounds of bullets in an 8-hour day.

A Dillon RL550B was set up to throw 3.6 grs. of Bullseye which we loaded with a 124-gr. truncated cone bevel-plainbased bullet of shape similar to the H&G #7. Bullets dropped from molds at .358 and were loaded as-cast and unsized. Once-fired commercial brass was reloaded using Federal 200 “small rifle and magnum pistol” primers because they were “hard” like military 9mm primers and we wanted to be sure the guns would set them off reliably.

A very important factor when loading cast bullets in small autopistol cases, especially 9mm, is to have a lube bleed hole in seater and crimp dies, so that bullet lubricant buildup cannot cause an increase in seating depth, which results in a dangerous increase in chamber pressure. www.hollowpointmold.com can drill a 1/16″ bleed hole in the Dillon or RCBS seater dies. If you are loading thousands of rounds. I recommend that you do so!

Paying strict attention to seating depth, proper crimp and testing for “bullet push,” no more than 0.005″ shortening of cartridge OAL after 5 secs. at 50 pounds compression pushing against your bathroom scale, is very important.  This should be a routine test precaution when setting up the loading machine and is essential to be repeated whenever you change lots of brass or bullets!

(If you are a firearm manufacturer wanting the equivalent of 9mm “proof” ammo to run “accelerated endurance tests” by firing 188 proof loads in the new design Ruger pistol you are trying to destroy, without having to dip into the limited supply of very expensive “real” proof loads needed for testing the production guns you are selling, all you need to do is take standard GI Ball M882, crack the asphalt bullet sealant with your seating die in your reloading press and reseat the bullet 1/16th inch deeper, for +12 to 15,000 psi~ ! PLEASE! —-DON’T DO THIS AT HOME!!!!) (Editor’s note: seriously, don’t try this. Ed got away with it because he’s a professional who at the time was working in controlled conditions with appropriate safety protocols in place. This information presented for entertainment purposes only!)

I don’t know how many rounds we loaded in that setup, but we were buying case lots of Bullseye, four 8-lb. kegs at a whack, and primers by the skid, loading and shooting several 5-gallon buckets of test ammo every week. We had one guy who did nothing but cast bullets for 8 hours a day, and another who loaded the ammo to feed the trigger pullers who fired a 5000-round endurance test on a random gun selected every day for about six months solid. So, do the math….

Of course all of our test firing was not with cast reloads. We test fired everything out there, good, bad and ugly, foreign and domestic factory ammo was in the mix. Buyers scoured eastern Europe obtaining WWII German ball by the CONEX box full. Much of it came from warehouses where the roofs had leaked for decades, the crates had fallen apart, and loose rounds were scooped up loose off the floor with front-end loaders, mixed with pigeon droppings, rusted pieces of corrugated metal roofing and cement dust. The gleanings were then loaded via conveyor into 55 gallon drums, shipped to a warehouse in UK, where the ammo was visually sorted and screened to remove large chunks of debris, then tumble-cleaned first in dry sand, following de-gritting in ground corncob using a cement mixers!
The “cleaned and sorted” bulk ammo was repacked in plastic bags inside cal. .50 M2A1 cans and palletized for transport by ship back to the US. Certainly NASTY stuff, but the majority of it still went BANG~!!
Cast loads fired in the Ruger P85 pistol then in development would outshoot most ordinary factory FMJ ball ammo, about 2 inches at 25 yards with a velocity around 1050 +/- 30 fps. and run the guns like a pony trotting. I also fired thousands of them in the STEN, Walther MP1, Swedish K and Uzi we had in the engineering dept. at the time.  When loading cast bullets in the 9mm you are best-off using the lightest powder charge which functions reliably. A 124-gr. flat-base or 130-gr. bevel-base which does not protrude into the powder space any deer than factory FMJs is the best choice to maintain adequate recoil impulse. Of current designs the Accurate 35-130B and LBT small auto pistol design flat-nosed bullets are most effective on game and feed reliably in most modern combat autopistols.
Tags: Ed Harris

How do you stay safe when traveling? Part 1 of a series

Staying safe while traveling, Part 2: your concept of safety is important!