Learning how to NOT call attention to yourself is part of self defense! 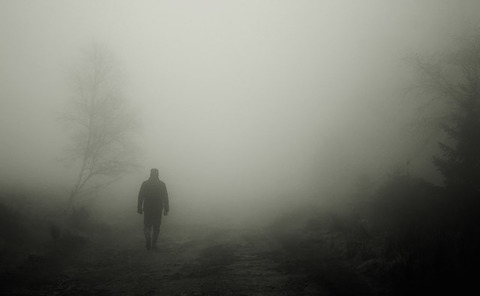 Learning how to NOT call attention to yourself is part of self defense!

One of the downsides to what James Burke called “unhindered, untested access to knowledge” is a fundamental misunderstanding of probability and causality. Both are critical to staying safe.

This became apparent (for the umpteenth time just this month) when I posted a story on Facebook that dealt with thieves following people home from shooting ranges and stealing their guns. According to the article the thieves targeted their victims partially because of the gun stickers in the windows or on the bumpers of their cars. (A more recent article from another state detailed the exploits of yet another group of opportunistic criminals who looked for cars to break into based on the gun stickers in their windows.)

Most of the people got the point, except for one fellow who demanded “proof” that stickers in the windows were directly and solely responsible for the crimes. (The words of the criminals themselves, as reported by the police who booked them, apparently weren’t sufficient.) There is no such thing! He was, I think, looking for a singular causality: that having a gun sticker in the window of a car in and of itself resulted in the attacks, with the implication that a gun sticker would therefore always cause a crime to happen. Of course my answer was that things don’t work that way (an answer which was dismissed out-of-hand.)

Whenever we look at why crimes happen there’s usually not one singular cause; it’s usually a combination of things which lead the criminal to make his (or her) risk-reward calculation in favor of attack. Certainly a gun sticker in a window would be one piece of data that they might use; it signals that there may be a firearm (which is a valuable commodity on the street) in the vehicle, on the person of someone inside that vehicle, or in the home at which that vehicle is parked. It’s an indicator of possibility, not a cause. It might not lead to an attack, but it does serve as a way to weed out potential victims from the rest of the population.

This works in reverse, too. We know that very often a person with a confident stride, head erect and taking notice of the environment around, will be passed over in favor of someone who isn’t so confident and isn’t so observant. Very recently I relayed the tale of a street attack and murder where the attackers told police that their victim was chosen over someone else because they felt that the victim’s dog was weak compared to another potential victim they’d seen just a few minutes earlier.

The presence of those “victim indicators” don’t necessarily mean that the person displaying them will always be attacked, while the opposite posture won’t always keep someone from becoming a victim. They are simply inputs that a criminal will process as he decides who will be victimized. There are no absolutes and no guarantees. However, there are probabilities!

Being alert about your surroundings, not allowing yourself to be distracted, decreases the probability of you becoming a victim. It doesn’t eliminate the possibility, of course, but it reduces it substantially relative to those around you. I would never tell anyone to walk around in a public area with their head buried in their phone  (though people do it all the time) because it raises their victim profile. It’s a silly thing to do in public (or anyplace where you don’t control who is in your immediate environment) even if it doesn’t always result in being attacked.

Having gun stickers (or any other indicator of valuable possessions) on your car’s bumper is likewise something I advise people not to do. Not because it will inevitably lead to a burglary or assault, but because it raises the risk of those happening beyond what it would likely be if they weren’t present.

This idea of reducing your victim profile is a concept known as “the grey man” — that is, someone who doesn’t call attention to himself in any substantial way. He blends into the background, not standing out against the mass of other people in the environment. It’s modern camouflage, a way to keep from being singled out from the herd. Is it a guarantee? No!

I understand that the idea of not standing out from the rest of humanity is probably anathema to many of my readers; it is to me, to be perfectly honest. I like being a little different than those around me, and being known for being a little different. I choose that difference carefully, however, and entertain it in a way that doesn’t make me seem to be a more valuable victim than someone else. There’s “different” and there’s “better victim” —  you need to understand the difference!

Of course you can certainly choose to ignore this altogether and festoon your vehicle with all kinds of stickers about what you own. I’ll simply ask you to consider this question, one which I asked of an attendee at last week’s NRA Annual Meeting in Nashville: would you feel comfortable putting signs in your lawn signifying the valuables you keep in your home? Like, say, a Rolex sign and a Nikon banner and a Sony TV window sticker?

“Of course not!”, I was told. Why not? After all, there’s no “proof” that doing so would cause a burglary, right? Apply the same logic to your vehicles and even your person.

Be discreet. There are other ways to show your individuality than providing one-stop shopping for your local thieves.

(And with that, I’ll leave you to contemplate this classic Monty Python skit which illustrates the concept.)

Be part of the revolutionary theme

Got a new Glock 43? Looking for holsters and maybe sights?? 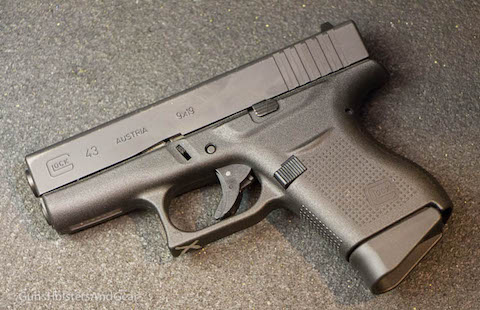