Luck happens, but sometimes it happens to someone else.

Luck happens, but sometimes it happens to someone else. 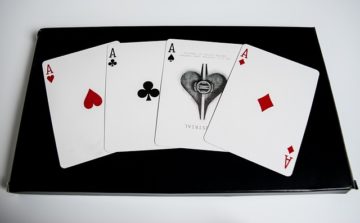 This is a sobering tale, and I share it for a lesson that’s not immediately obvious.

The story is relatively simple: Mr. Miller was at his son’s house looking at a plumbing problem. His son was not home at the time, but was on the phone with his father. The timeline is a little unclear, but it seems that Miller was leaving the property and locking the door when his assailant opened fire. His son heard the shots.

Miller drew his legally-carried handgun and returned fire. Both men died at the scene.

It’s not clear whether Mr. Miller could have avoided the confrontation in any way. His killer was described by police as a known gang member with a lengthy prison record.

In the defensive training world we tend to avoid stories like this; after all, they don’t do much for ticket sales. As a result too many concealed carriers come away with a skewed view of both their own ability, and the effect of their weapons on their opponents.

In this case, the lesson is clear:

You can do everything “right”, and still lose.

“An ounce of prevention is worth a pound of cure”

It’s quite easy to think that superior shooting skills, or advanced tactics, or stronger mindset, or even better equipment will always  give us a victory over our attackers. This attitude can easily lead to not paying nearly as much attention to avoidance as we should.

Proof? The way people talk, seriously, about going to a specific place that they wouldn’t go to without their gun. If it’s that dangerous, why would they go there at all — gun or no gun?

This is not limited to self defense, mind you. Humans often tend to think of recovery rather than prevention. We don’t take precautions with our health, because we know there’s a vast medical system that can cure everything. Except, of course, when they can’t.

We take risks driving, or with power tools, because we trust that there’s trauma care available to fix the accidents. Except when the damage is too severe, or they don’t arrive in time.

We take on enormous amounts of debt, because we believe our jobs will always be there and that our incomes will always increase. Except when a recession happens and everyone’s jobs are suddenly at risk.

And so it goes. We allow ourselves to think in terms of rescue rather than prevention.

That’s why this particular incident is so important. As I said, I don’t know if Mr. Miller could have done anything differently to stop this from happening. That isn’t the point of my sharing his story.

The point is that, sometimes, the good guy doesn’t win. The bad guy is faster, more ruthless, or simply luckier. There are no guarantees in life, and certainly not in armed encounters.

Which is why we should always do our very best to avoid them in the first place, and to not allow ourselves to believe that our guns will always save us.

Because, as Mr. Miller’s sad case shows, sometimes it just doesn’t work out that way.

Am I saying that self defense is hopeless, that people shouldn’t prepare to protect themselves against an attacker out of fear of loss? Of course not, and I think my writings over the years serve as ample evidence that I don’t.

At the same time, though, I do believe that we all need to be brought back to reality occasionally. I think it prevents us from becoming too complacent and over-confident. Understanding that the gun doesn’t always work may mean that you never have to find out if it does.

By all means, equip and prepare yourself to survive. Learn how to defend yourself, how to treat trauma, how to deal with severe weather and natural disasters. Just don’t allow yourself to believe you have all the capability in the world.

What if you can't get the 'best' ammunition?

How to get prepared in three easy steps