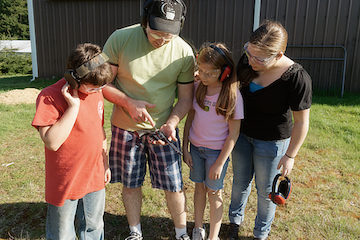 Daughter, 22, shot by dad who says he mistook her for intruder

Hardly a week goes by that I don’t see an article like this cross my electronic desk, and they bother me. Quite a lot, actually. Why?

Because I don’t think we in the firearms world are doing enough to truly educate people. We do a pretty good job of teaching folks how to pull a trigger, but a very poor job of why and when. As a result we have a whole bunch of people running around their darkened houses with loaded guns in their hands, shooting their spouses, children, and the occasional neighbor.

Part of the problem is we don’t make enough good training available to these people, and then we blame them for their failings.

In the training world/business, everyone wants to quickly “climb the ladder” in the instructing hierarchy. Very few want to be labeled as someone who teaches beginners, because they don’t want to be labeled as only being able to teach beginners. Everyone wants to teach “advanced” courses, to get on the range and demonstrate mad skills to impress the overly impressionable.

The result is the students who most need thoughtful, intelligent guidance aren’t commonly getting access to the people who can give it to them.

We relegate the beginners, the people who really need our help, to the instructors most likely to give them bad advice and teach them ridiculous things. I’ve watched more than my share of beginning classes, and more often than not cringe at what comes out of the instructor’s mouths. Their students, I suspect, are the ones trying to hold shoplifters at gunpoint and shooting their wives in the neck on darkened porches. (If you follow my social media feeds you’ll remember my sharing those two news stories. Neither ended well.)

We also don’t put shooting skills into appropriate context. Everything we do is about shooting faster, getting the gun into play in less time. Everything is assumed to be a shooting problem, even though the cases where lethal force is both necessary and appropriate are a very small percentage of all personal interactions. The bump in the night which turns out to be the cat or the daughter is far more common than those where it’s a serial killer, but you’d never know that by listening to most shooting instructors.

We don’t do these things, of course, because we’re not always focused on what’s best for the student or for society; we’re focused instead on our own egos and wallets.

For my part, I’m not free of guilt. A decade or so ago, if you’d asked me what classes I teach, I’d have told you I really don’t get involved at the beginner’s level. I’d have proudly said I teach courses for “advanced” shooters. (In fact, I did say that to more than one person. I’m ashamed of it now, but at the time I was just like everyone else in this business — eager to cast off the reputation as a “CCW instructor”.)

Today? I’m actively looking for ways to reach the person who is new to the concept of self protection and personal defense. I want to give them a whole picture of what’s important to keeping themselves safe, to put self defense into a context which makes sense to them. I aspire to giving them the skills they really need, along with an understanding of the proper use of those skills, rather than stuffing their heads full of gunfighting fantasies. Sometimes, in fact probably most times, that doesn’t include a gun.

I’m told the market doesn’t want that. I’m told you can’t sell reality, honesty, and practicality. I’m hoping to prove those assumptions wrong, and to this end my next book is an attempt to put self defense and personal preparedness into proper context. It’s not going to sell anyone on the idea of having a gun as the first step to a prepared lifestyle, but rather to help the reader decide where he or she needs to start based on a rational examination of their own life.

Will it sell? Darned if I know! What I do know is we’re not doing a very good job of actually helping people to lead safer lives — safer both for them and for the people around them. That needs to change, and I hope to be able to contribute in some small way to making change happen.

Because the last thing the world needs is another “Advanced Civilian Covert Operator Shooting Skills” course.

An excerpt from my next book!

Things people ask: "How do you write a book?"