A mob is heading into your space. What do you do?

A mob is heading into your space. What do you do?

Imagine this: you’re out for a nice evening with your wife. You decide that you’ll go see a movie at the local mall, maybe have a little dinner afterwards, and then head home for some much needed rest. A perfect date night, right?

Well, it certainly would be, right up until the movie theater you’ve chosen is invaded by as many as 900 teenagers. Not “invaded” as in “everyone decided to go see the same movie at the same time and were jammed up at the ticket booth” — “invaded” as in “900 young adults, some of them armed, crashed through the gates in an attempt to take over the theater.” While apparently not intent on any damage, the mob could easily cause tremendous damage (not to mention loss of life) simply because of the sheer numbers of uncontrollable people.

It actually happened to a couple in Orange County, Florida just recently. What would you do in such a circumstance?

If you carry a concealed handgun and just thought “it’s time to start shooting”, you need to re-think. It’s important to remember the criteria for the use of lethal force: you must be in reasonable, articulable fear of your life. The mere presence of that many people isn’t necessarily an immediate threat to your life. You may scared, you may be in great generalized fear, you might even be in non-specific danger, (accidents can and do happen in large crowds), but there’s a difference between blind fear and articulable fear. (Don’t understand the difference? Then you need to take this class from Massad Ayoob.)

This doesn’t appear to have been a situation where lethal force would likely be seen as acceptable. As I mentioned, though, this is still a dangerous situation and you need to do something to protect your health (and that of your spouse.) If you can’t shoot someone, what can you do?

The first thing is to keep your wits about you; don’t succumb to blind fear. Being able to gather information (where are they coming from? How many are there? Are they organized, or just chaotic? Do they seem to want anything in particular? Can you identify any weapons?) and then quickly analyze that information (do they mean to take over the theater? Are they obviously taking hostages? Are they systematic, indicating training and/or practice, or are they random? Is robbery an obvious motive? Are they sealing off exits to prevent escape?) are critical to making good decisions.

The key here is to get out as quickly as you can. Sticking around to see what happens, because you don’t want to waste the price of admission, or because you’re scared of what others may think isn’t a wise move. When the mob comes, go the other way as fast as you can. That may not always be as easily done as said!

As with most self defense incidents, preparation goes a long way to a successful outcome. When you enter the theater lobby, make note of where the emergency exits are. Note their proximity to the snack bar and restrooms in case you’re in one of those places when you need to get out quickly. When you enter the theater proper, again look for those emergency exits, and think about how you’d get to one if everyone in the room panicked and ran.

Most theaters have emergency exits down front, to one side of the screen. In those cases I like to sit on a wall aisle as close to the exit as possible without unduly ruining my viewing experience. In the case of a mad rush for the exits, you’ll likely deal with less traffic on a wall aisle; on a main aisle you’ll have people pouring out of both sides, while on a wall you’ll deal with half the people. Maybe even less, because moviegoers tend to concentrate in the middle of the space, where the sound and viewing angles are best.

Sometimes there are emergency exits on the side walls in the middle of the seating, which makes sitting next to one easier (and provides for better screen view as well.)

Before the movie starts, go over your emergency plan with your companions; indicate that if they see you head for the exit, they’re not to ask any questions but to follow as quickly and as closely as they can. This is important, as the last thing you want to do is to play twenty questions as the crowd fills up the exit aisle!

Your job is to get out, not capture your ordeal for YouTube. Forget the video. Get out.

It’s easy to get so engrossed in your movie that you don’t notice what’s going on around you. This is something you need to avoid; as I’ve said before, situational awareness is really the art of managing your distractions. A movie, particularly if it’s a good one, is a huge distraction — that’s what they’re meant to be! If you’re to stay safe, however, you need to reserve some of your limited attention to what’s going on around you.

Look around occasionally (including behind you.) Listen for things other than what’s coming out of the speakers. Do you notice any lights behind you? Do you smell anything? These are all pre-indications of trouble, and whether it’s a mob invasion or a fire, having advance alert of an incident because you noticed something that wasn’t right may be the difference between getting out intact and being pulled out of a pile of bodies. Sorry to be so frank, but that may in fact be the result.

In this case one theater patron said that the invading horde sounded like “a herd of elephants”. That’s one of those clues I talked about that’s easily missed if your distraction is complete. In and of itself it might mean nothing, but if you hear that thunder and the doors all open at once to let people pour in that’s probably a good cue for you to leave. Again: be able to gather and analyze the information around you. Be able to tell when something is out of the ordinary, and most importantly be prepared to act on that realization.

I realize that this attention to something other than the dialogue on the screen will probably reduce the impact of the movie, but you need to remember one thing: you’re out in public, in a dark enclosed space with perhaps several hundred people who you don’t know. Think about that for a minute; you’ve willingly put yourself into a dark room without knowing who’s around you, and there are a LOT of people around you. How many convicted sex offenders do you think might be there? How many ex-cons? Drug dealers? Drug abusers? How many people with serious mental health issues might be sitting around you, or worse — people with relationship problems fixated on taking our their ex and the new lover, with you in the line of fire?

You don’t know, and that’s the point.

As I mentioned, an incident like this can be dangerous but isn’t necessarily (yet) a lethal force scenario. You’ll be well served by carrying some tools to help make your escape and deal with people who may not be lethal threats but are a collective threat to your freedom and/or immediate health. The first tool I’m going to suggest (and you’ve probably heard this before, but you need to hear it again) is a quality high-intensity flashlight. As I’ve said, I’m a big fan of the lights from FourSevens, though there are others. Make sure you have it with you, make sure the batteries are in good shape, and be prepared to use it to light your way to safety — or to physically prevent someone else from hurting you. As an impact and control-point weapon (and with the right training) the flashlight can be a great tool. It can also do more mundane things like helping you find the exits when the power goes out!

Some people might suggest a chemical spray for situations like this, but I’d urge caution. Spraying someone in a crowded, confined space may in fact induce panic in those around you as they gasp for air from the overspray (I’ve seen it happen in a retail store when an OC canister was triggered accidentally. You’d be surprised how quickly a ventilation system moves that stuff around, and it doesn’t take much to cause a little throat-tightening. Not enough to disable someone, but enough to scare them when they don’t know what happened.) The resulting panic is likely to make the situation worse. When in that confined area and trying to maneuver your way out, you’re probably better served by using your unarmed skills or employing  your less-lethal tools (like that flashlight.)

Be sure your cell phone is charged and use it to alert authorities as soon as you’re clear of the scene. They may already know, but report it anyway. Be sure to report any injuries or casualties you witnessed, and also be ready to give descriptions of anyone who seems to have been leading the group responsible.

Remember that managing your distractions is more difficult in an environment which is designed to be distracting. Your personal safety hangs in the balance. What will you do?

Flying with guns: some tips to make it a little less stressful 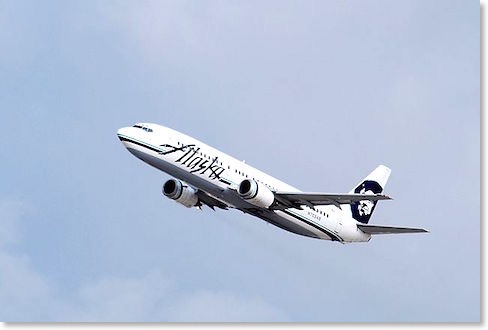 What's the best way to stop a burglar? Why not ask a few and find out?