Your smartphone is probably with you all of your waking hours, and believe it or not can be used for more than just selfies!

The smartphone is a phenomenal piece of technology, and I’ll be honest when I say that even after owning one since they appeared on the market I’m still coming up with new uses for the things. Some of those uses can help keep you safe when you’re away from home!

Naturally, you should have all of your emergency contacts in the phone including addresses and every phone number and email address you have for each person. If your phone allows you to group contacts in your list, make one for “Emergency Contacts” and add those people to that group.

Your phone should have a lock screen enabled, so that if it’s stolen it can’t easily be accessed by the thief. This keeps your sensitive data safer; the crook can still “wipe” the phone and resell it (which is probably the reason he stole it in the first place), but at least he won’t get anything more valuable from the theft. Of course, the lock screen makes it impossible for an emergency responder to access that data as well!

The solution is to put your most vital information — say, the phone numbers of your spouse and other emergency contacts — on the lock screen, so that it’s the first thing someone sees when they power up the phone. Most phones allow the lock screen to show a favorite photo, so it’s just a matter of making up a JPEG with that information and then setting it as the default display on the main screen.

Map functions are invaluable when navigating through strange cities. Take the time to map out the routes from the car rental counter to your hotel, for instance, and save that route so you can access it immediately on arrival. If you’re planning side trips to specific places, plan those out as well. Having the route at hand will keep you from detouring into strange areas in the wee hours of the morning (like I did in a large city some years back, because of the lack of a mapping function on my phone. Given where I was, it could have ended very badly.)

Take pictures of where your car is parked so that you don’t have to wander around trying to locate it. Speaking of pictures, I take a shot of the outside of the hotel and another of the hotel’s business card so that I can show a cabby exactly where I need to go. This is especially useful if you’re traveling in a country where you don’t speak the language.

Have pictures of your passport, driver’s license, insurance cards, front and back of your credit cards, and other important documents stored in your phone. If for some reason you lose your wallet, you have proof of your documents to help the authorities replace them; the backs of your credit cards have the important phone numbers to get those cards cancelled and new ones on the way.

Of course you should have copies of your plane or train tickets and hotel reservations on your phone!

A good weather app is important, especially in those areas subject to extremes. The app should have a severe weather alert function, and be sure to activate the app’s notification capabilities so that you get immediate alerts for things like tornadoes, tsunamis, and other life-threatening weather events.

Activate whatever function your phone uses that allows trusted friends and family members to track your whereabouts. My wife, for instance, can keep close tabs on where I am and can take action if she sees I’m not where I’m supposed to be.

In the world of outdoor survival, we’ve always said that one of the most important things a person can do is tell someone where they’re going. The smartphone’s SMS or text messaging function makes this easy to do; send short messages to your trusted contacts as to where you’re going, what you’re doing, and when you’ll be back.

If your phone has a group SMS function, you can send those to several such people all at once. There are apps that will send SMS messages of your exact GPS location, making it even easier to share with friends and family exactly where you are.

Now a word about how NOT to use your phone to stay safe: when you’re out in public, keep your nose OUT of the phone! When you’re fixated on that screen you’re not aware of anything else; you have only so much attention to go around, and wasting a large portion of it on the phone means that you have less to devote to the world around you. Not only do you not get the pleasure of interacting with a new and exciting environment, you also can’t steer clear of dangerous or dicy situations.

Checking the phone for alerts and messages every so often is fine; getting preoccupied for long periods of time isn’t. Use the phone properly, and don’t let it take over your travel life!

P.S.: What are some of your favorite personal security apps or ideas? Share them in the comments!

From my email inbox: what's the best .22 ammunition for a rifle? 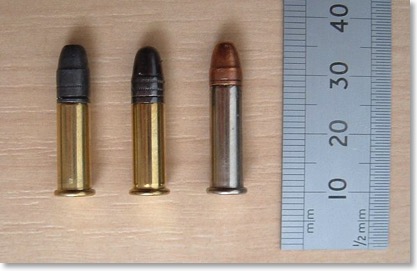 Just because the environment is non-permissive doesn't mean you're defenseless!